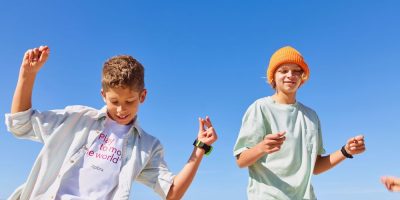 Norwegian company, Xplora, which specialises in smart watches, has introduced the XG03 model. It has a longer battery life and an improved camera compared with its predecessor, the XG02. The sleek, lightweight smart watch is available in orange, green, pink, black and blue versions and is “an ideal first phone for children aged five to 12”, said Xplora.

The XGO3 has a 2Mpixel camera and an 850mAh battery and works with Wi-Fi, 2G, 3G and 4G connectivity. The watch is also sealed to IP68 for water resistance.

The smart watch runs on Android 4.4 and has a 1.3-inch capacitive touch colour LCD screen and a resolution of 240 x 240. Wearing it, children can make and receive voice calls from pre-saved numbers only, so they can communicate with friends or family without the risk of receiving any unsolicited calls. Contacts can be managed on the parent’s app which is free to download. The watch does not feature social media, but receives messages which can be replied to using text, emojis, images and voice messages. School mode can be activated so that only the SOS function works during classroom hours.

There is 4Gbyte of storage for photos and the XGO3 encourages the wearer to stay active, with a step-counter and the Goplay platform with games and rewards.

The XG03 comes with an Xplora 4G SIM card which is already placed in the watch so it can be used immediately. The Xplora Connect system is a monthly subscription plan with no minimum term.

Xplora was founded with the mission of giving children a safe introduction to digital life and encouraging a better balance between screen time and physical activity. It was co-founded by Sten Kirkbak, a father of four, who has worked with technology for almost 20 years, and first came up with the idea when he lost his four-year-old son in a shopping mall and couldn’t find him for more than 30 minutes.

Recently, Xplora collaborated with Sony Interactive Entertainment España to get kids playing outdoors more via integration with the Goplay Services. Xplora has offices in Norway, UK, Germany, and Spain, and is spreading into new markets in the US and Europe.

Xplora launched the first eSIM product for children in August 2020.