Vision on chip processor has AI processing and depth sensing 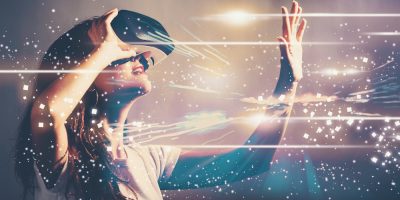 Israeli vision on chip processor specialist, Intuitive has added the NU4100 IC to its Vision and AI IC portfolio. The company said it has created a new industry standard by combining integrated dual-channel 4K ISP with enhanced AI performance coupled with depth sensing and VSLAM capabilities.

The NU4100 is based on the company’s 12nm process technology and supports integrated dual channel 4K ISP, enhanced AI processing and depth sensing in a single chip, low power design.

This is the second generation of the NU4x00 series which can be used for robotics, drones, VR and edge AI applications that demand multiple sensor aggregation, processing, packing, and streaming. The IC is specifically designed for applications that must sense and analyse the environment using three, six or more cameras, as they make real-time actionable decisions based on the input.

The NU4100 is based on all integrated vision capabilities, combined in a single, computer chip, said Intuitive. The integrated dual camera ISP provides flexibility without having to add more components, which require additional processing power, said the company.

The NU4100 supports multi-camera designs and can simultaneously process and stream two imager channels of up to 12Mpixel, or 4K resolution, each at 60 frames per second (fps), while running advanced AI networks. This IC enhances the level of integration for products using Inuitive technology and speeds the AI processing power by two to four times while consuming 20 per cent less power than Inuitive’s first generation of ICs.

Customer products powered by NU4100 will be available starting 1Q 2023.

The ability to perceive and understand the environment is fundamental to achieving a higher level of robot autonomy, said Dor Zepeniuk, CTO and vice president of product at Inuitive. “Processing streams of input from multiple cameras expand the robot’s independence and flexibility, while the integrated dual channel 4K ISP improves the system’s capabilities. Both, in turn, serve the end goal of designing powerful products that are lower on cost,” he said.

The company has already announced the next processor, the NU4500, which is planned for tape-out on Q1 2023 with additional eight cores of ARM A55. This is more than double the AI compute power, said Intuitive.

The IC’s high resolution AI processing can benefit edge AI applications, such as industry 4.0 facilities with edge AI performance and image resolution for improved process control and a high level of automation. Drones are another application example. They can use the ISP and neural network based vision effects, such as low light enhancement, to autonomously operate in both dark and lit environments.

The NU4100 is sampling now and will be ready for mass production by January 2023.