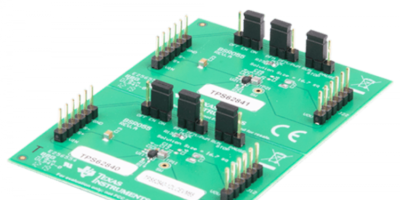 Claimed to have the industry’s lowest operating quiescent current (IQ), the TPS62840, at 60nA is around a third of the nearest competitive device, claims Texas Instruments. The synchronous step-down converter delivers light-load efficiency of 80 per cent at one microA load to extend the battery life of systems, or require fewer or smaller batteries to shrink power supply size and reduce cost.

Selectable functions enable the TPS62840 to be used in battery-powered, always-on industrial and personal electronics applications – including narrow-band Internet of Things (IoT), grid infrastructure equipment and wearables; all of which  require an extended wireless range, improved accuracy and reduced electromagnetic interference (EMI).

The stop pin turns off all switching to reduce EMI or ripple, and minimises distortions passed to precision signal-chain, measurement, sensors or wireless connectivity

Engineers can use the new switching regulator to cut their battery count in half or use smaller batteries in their design. For example, designers can save up to 16,980 mm3 using four AAAs instead of four AAs.