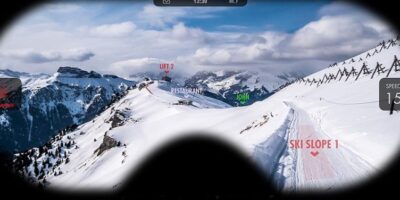 According to Ilan Yona, vice president and general manager of the vision business unit at Ceva: “SLAM is the underlying technology that enables high-accuracy 3D mapping of a device’s surroundings”. He believes that the company’s expertise in designing vision DSPs and software algorithms will introduced customers to 3D machine vision design.

The Ceva-SLAM software development kit has a detailed interface from a CPU to offload the heavy lifting SLAM blocks to the Ceva-XM DSP. These building blocks use the DSP to support both fixed point and floating point math and extend the device’s battery life. They also include capabilities for image processing (including feature detection, feature descriptors, feature matching), linear algebra (including matrix manipulation, linear equation solving) and fast sparse equation solving for bundle adjustment. The software development kit can run a full SLAM tracking module on the Ceva-XM6 DSP at 60 frames per second consuming just 86mW (using a frame size of 1280 x 720, running on Ceva-XM6 using TSMC’s 16nm process).

The software development kit, deployed with a Ceva-XM DSP or a NeuPro AI processor, can be used for visual positioning, classical and neural network workloads for imaging and vision using SLAM.

The Ceva-SLAM software development kit is available for licensing now, exclusively in conjunction with the Ceva-XM intelligent vision DSPs and NeuPro AI processors.

Ceva will presenting the Ceva-SLAM software development kit at the Embedded Vision Summit in Santa Clara, California, USA (Wednesday 22 May).