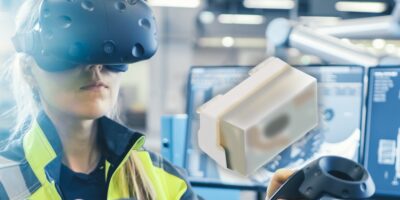 VR/MR/AR technology is being increasingly adopted in headsets and head-mounted displays in a variety of gaming systems. The ability to simulate 3D space and project data in the real world has also expanded VR/MR/AR applications in the industrial sector.

IR LEDs are used for eye tracking with accelerometers for detecting body movement.

The CSL1501RW delivers a peak wavelength of 860nm in a small (1.0 x 0.55mm) side-view design that emits light parallel to the mounting surface. In addition to design flexibility, Rohm has manufactured the LED with improved luminous efficiency and has reduced power consumption by over 20 per cent. The device serves as a light source for eye tracking in VR/MR/AR applications that require greater performance.

The CSL1501RW is sampling now, with mass production scheduled for March 2021.