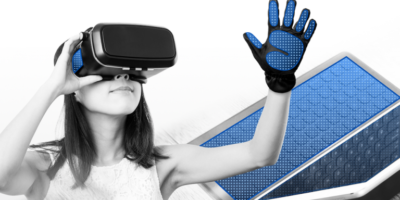 Believed to be the world’s first flexible acutuators, the elastomeric film actuator (Elfiac) is manufactured by Senseg using roll to roll technology.

The company describes Elfiac as a new category of flexible electronics, that can be used in place of traditional flat actuators as well as in new applications, such as wearable devices, soft robotics, virtual reality / augmented reality (VR/AR) devices and interior integrated sensors.

Elfiac will deliver large-scale manufacturable actuators that are far less expensive to produce than comparable traditional actuators (such as piezos) and use cheaper, non-toxic materials, says Senseg. The inherent flexibility of the low-power Elfiac technology, enables new applications, form factors and geometries, claims the company.

The Senseg Elfiac technology includes low-frequency performance and high actuation displacement, up to 20 per cent of stack thickness. It is lead-free and bio-compatible and can perform pressure sensing.

Dimensions are from below 10mm2 and thicknesses are from 0.1mm.

The flexible, bendable material can manufactured in any shape, flat or curved.

The company has also introduced an advanced, compact, and low-power high-voltage driver circuit for Elfiac, powered by a proprietary system-in-package (SiP) S220 chip. This was jointly developed with ST Microelectronics. Elfiac and the S220 based high voltage driver are now available as demo kits including software.

The Elfiac technology can be manufactured in almost any size and shape – flat or curved – and is most cost-effective in applications larger than mobile devices, says Senseg.

Its flexible membrane-like structure enables haptics to be used in new projects and applications, explained Ville Mäkinen, founder and general manager of Senseg. “We have proven the mass manufacturability of Elfiac and gone through rigorous product testing. We can see that Elfiac’s potential expands far beyond our initial scope of consumer electronics products.”

According to Ramon T. Llamas, research director for IDC’s Mobile Devices and AR/VR team, “With Elfiac, Senseg is solving the problems of cost and materials usage in actuators, without degrading the experience. This is a key component to the next wave of smart compute devices that are expected to perform rigorous functions while still delivering the types of experiences resident on other, more traditional, hardware,” he commented.