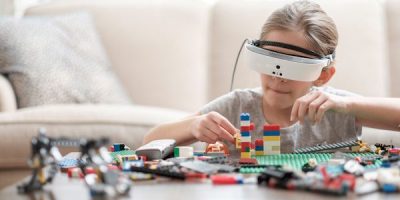 The best kind of wearable device is one that does not scream ‘notice me’. Caroline Hayes finds out how developers can focus on differentiating products with technology that fades into fashion.

Canadian software provider and consultancy, RoweBots, understands the pressure of wearable device developers and provides Unison real-time operating systems (RTOS) that is POSIX-compliant and Linux compatible. Founder, Kim Rowe believes that teams of developers need adaptability: “starting from scratch and doing hard version is not the way,” he says, “you need to plug in the operating system (OS) and use [the OS] to swop features in and out as market drives wearable design,” he counsels. This approach requires “big hardware” to run the OS as battery life is critical. Rowe cites the watch market as an example of the trade-offs that need to be made, as watches need to be charged every few hours if they are used a lot. For that reason, RoweBots focuses on smaller processors because lower power is desirable for wearables. It also uses ball grid array (BGA) and surface mount technology for the same, practical reason – to create a lightweight, wearable product.

The aim, says Rowe, is to make wearables invisible. Rather than a jumper or jacket with LEDs, the company is helping customers that are working on technology that can ‘disappear; to make the product and its function, the main focus.

Its wearable OS, WearableOS, a variant of RoweBots’ Unison RTOS, is geared completely to wearables, explains Rowe. Customers can ask for advice about how to achieve a conceptual idea, what chips to use, for example, or they may have a prototype and are looking to correct or adjust a project with minimal re-engineering costs.

A common scenario, says Rowe, is for a customer to specify the hardware needed and RoweBots brings the software needed to provide a framework application for what the customer wants to achieve. This allows the developer to add differentiating features without focusing on the OS development, to get the project to market quicker.

“Customers can use as little or as much as they want of the memory footprint, and power can be minimised to meet design requirements. The processor choice, feature set and memory size all contribute to the power profile,” he adds. WearableOS minimises power by allowing idle sleep and real-time clock (RTC) synchronisation on restart, and powers down peripherals when they are not in use.&nbsp;

Importantly, the software can be re-used as a reliable plug-in, creating a platform from which differentiation can be built. For example, glasses with facial recognition features can be added to a library like OpenCV; RoweBots can add, configure and test elements to free the customer for other design tasks.

Creator of intelligent eyewear, eSight, uses RoweBots software in its wearable medical device. Real-time video runs through a computer and is displayed on a screen in front of both eyes to help people with impaired or partial vision.

“With medical devices, you cannot afford to lose medical data,” says Rowe. “There is some encrypted storage required and security for connectivity and the ability to design for privacy.” WearableOS has zero boot time, for the wearable device to be instantly available.

The software package allows designer deal with all issues including connectivity.

RoweBots has also worked on a concussion helmet, which uses three kinds of radio to connect, depending on the sport being played. The helmet needs options for connections to 6LoWPAN, Bluetooth, LoRA. This took six months to produce, reports Rowe, with radio hardware in three weeks that the customer could plug in the software you need and then it was ready for use. WearableOS supports wireless protocol options for Bluetooth and Bluetooth Smart/SmartReady, WiFi, 6loWPAN, Zigbee, GPS, 2G, 3G and 4G, as well as various wireless router options.

The zero boot feature means that concussion systems do not have to wait for devices to power up when sports teams start playing.