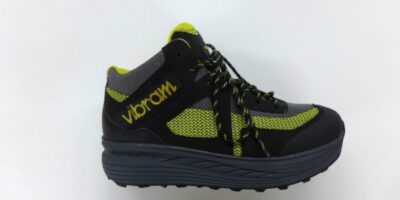 An emerging group of wearable devices moves from the wrist, or around the neck, to feet, and is expected to achieve a compound annual growth rate (CAGR) of nearly 57 per cent in the next five years, writes Caroline Hayes.

ABI Research has forecast that smart footwear devices for the consumer market will reach over nine million shipments in 2022, from just under one million in 2017. This CAGR of over 50 per cent will be dwarfed by that of smart footwear in the enterprise market, which will see a CAGR of 90 per cent, although shipments will be fewer.

Shoes, insoles and socks have carried sensors for some time. They have been used in sports to show the gait and weight distribution of the wearer to analyse performance in golfers, runners and other sports athletes.

Smart footwear can do more than wrist worn devices which can track heart rates or temperature. They can accurately track multiple metrics, as they are positioned where most of the movement is. Like wrist worn devices, they can monitor vital signs, such as heart rate and temperature, but can also be used in healthcare to measure a patient’s gait, or determine if a patient is likely to fall.

At CES this year, textile sensor specialist, Sensoria Health announced a partnership with Italian company Optima Molliter, which specialises in footwear to increase mobility of diabetics and customers with motor deficiency. The two intend to create the first smart diabetic boot which will monitor that a patient is easing pressure from the leg and foot, to control diabetic foot ulceration. The condition can occur in around one third of diabetics, and if it is not monitored, complications can result in limb amputation.

Diabetic boots may not be this season’s catwalk footwear, but it is certainly smart.

The Motus Smart (pictured) will have Sensoria Core and pressure sensors in an alternative to a full contract cast or non-removable boot. The sensors work with a text messaging system and a web-based dashboard to alert users, carers and clinicians of patients not complying to the prescribed mechanical offloading regime. It is possible to record a wearer’s compliance and usage pattern, activity and concentration of the patient’s orthotic pressures, to prevent the risk of complications, including those that could lead to amputation.

Initially, smart footwear was a convenience, or comfort issue. French company, Digitsole introduced a foot warmer insole in 2015, and gone on to produce Run Profiler insoles, which track and analyse the wearer’s running style or cycling activity. Sensors and circuitry in the insoles analyse pace, stride, angle and other parameters in 3D and in real-time, to identify areas of concern, to improve performance.

Last year, Italian shoe manufacturer, Vibram showed a prototype of a shoe that can convert and use energy to charge a mobile phone. It was developed with the Italian Institute of Technology (IIT), the IIT’s Centre for Micro-BioRobtics and InStep NanoPower, an American company specialising in renewable energy. An integrated circuit in the sole of the show converts energy from walking into energy which powers an internal electronic device. Walking at a standard speed, the wearer can generate 1W in eight hours, which is enough to charge a mobile phone. The system uses Bluetooth to communicate with an Android application which sends information about number of steps, temperature and location, as well as battery level data. The prototype had a micro USB port to connect to external devices for charging.

In enterprise markets, footwear can monitor the level of stress that the operator is under when lifting and carrying, as part of a company’s health and safety measures.

They say you can tell a lot about a man from his shoes (PG Woodhouse says only a cad would wear brown suede loafers). Now, with wearable technology on our feet, it is also possible to tell if the wearer is working and exercising correctly and with healthy vital signs.