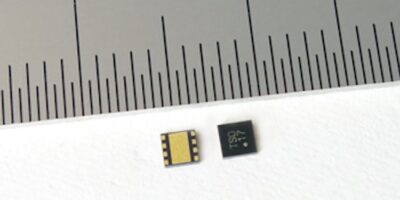 The company explains that it has introduced the XC6193 and XC6194 in response to calls for power conservation for the IoT and wearable devices and demand to increase operation time.

The XC6193 and XC6194 ICs are pushbutton load switches that reduce the power consumed during post-load wait and when power is off. They also allow the power to be shut down when there is a system freeze and the ICs contribute to device energy conservation and longer operation time, adds Torex.

In addition, the power line is shut down after the shipment test of devices with built-in batteries to greatly reduce the power consumption when the device is stored for a long time. The current consumed when the power off is just one nanoA (typical).

The XC6193 series uses an external p-channel MOSFET in addition to the built-in high side switch, so it can be used as a large current load switch.

The XC6194 Series has a built-in power good terminal and a built-in function for monitoring power start up.

The environmentally-friendly XC6193 and XC6194 ICs comply with the EU RoHS Directive and are lead-free.