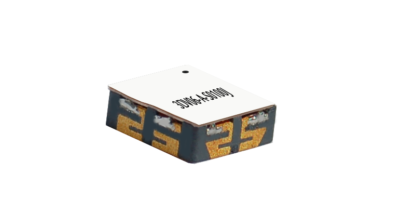 The inductive components are fully magnetically isotropic 3DCoilM trimmed for VR devices. They have been designed with a protected LDS metallised housing that makes the external footprint 7.0 x 7.0mm and includes three identical axis of one mH at 20kHz.

The components target systems that compete with inertial measurement units (IMUs), which have several disadvantages solved by 3D electromagnetic tracking, according to Premo.

The 3DV06 series has a low profile of less than 2.5mm and is fully isotropic.

The parts are delivered in tape and reel for surface mount technology (SMT) pick and place according to EIA 481 (2,000 pcs/reel). It has been engineered to be RoHS and REACH-compliant and has been also tested to endurance in conformity with AECQ200 for automotive and wearable applications, such as VR gloves, motion capture clothing and AR/VR pointers for tools/medical devices for training purposes.

The component size is 50 per cent smaller than its closer competitor, says Premo, and, when combined with the company’s 3DcoilCube emitter antennae for VR, it can be read from eight metres. Its optimal performance is at 20kHz for immunity to shielding due to its long wavelength.

The 3DV06 series has been specially engineered to offer the best performance with Sixsense STEM technology and Northern Digital’s 3D VR Immersive systems.

Premo is based in Spain. The company develops, manufactures, and sells electronic components with special focus on the key enabling technologies of industry 4.0, namely IoT, M2M, VR, connected and electric vehicles.