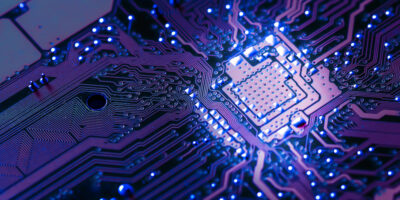 To complement a raft of Arm v9 CPUs, Arm has introduced GPUs for the architecture. The highest performing GPU, the Mali-G710 targets premium smartphones and Chromebooks, with 20 per cent performance improvements for compute intensive experiences, such as AAA high-fidelity gaming.

Mali-G710 also raises machine learning performance by 35 per cent, for tasks such as image enhancement for new camera and video modes.

There is also a sub-premium GPU, the Arm Mali-G610. This GPU has the same features as the Mali-G710 but at a lower price point.

Another introduction is the Arm Mali-G510, which has performance and low energy operation to extend battery life as well as machine learning for mid-range smartphones, premium smart TVs and set top boxes.

Finally, there is the Arm Mali-G310, claimed to deliver the highest performance at the smallest area cost. Mali-G310 now brings the Valhall architecture and high-quality graphics technologies to lower cost devices such as entry-level smartphones, augmented reality (AR) devices and wearables.

For more technical details on the new suite of Mali GPUs, visit our blog.

Arm believes that digital experiences have been shaped and defined by the premium smartphone, its software ecosystem and almost universal connectivity. This is now defining the standard for all consumer interactions.

“Smart devices have become digital extensions of our lives that rely on performance, efficiency and security. With Arm’s Total Compute solution based on its latest Armv9 architecture and enhanced lead partnership, Samsung’s System LSI Business and Arm will open new possibilities for next-generation mobile platforms and we are excited about the transformation this will bring to the user experiences through our future technologies,” added Joonseok Kim, vice president of SoC design team, Samsung Electronics