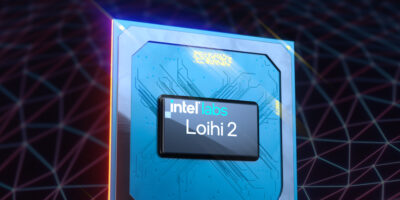 Now with one million neurons, the second generation research chip from Intel, Loihi 2, uses a pre-production Intel 4 process. There is also now a software framework for developing neuro-inspired applications.

The second-generation chip improves the speed, programmability, and capacity of neuromorphic processing, comments Mike Davies, director of Intel’s Neuromorphic Computing Lab. Loihi 2 broaden the processing technology’s use in power and latency constrained intelligent computing applications. “We are open sourcing Lava to address the need for software convergence, benchmarking, and cross-platform collaboration in the field, and to accelerate our progress toward commercial viability,” adds Davies.

Neuromorphic computing draws insights from neuroscience to create chips that function more like the biological brain. Researchers hope that it will deliver orders of magnitude improvements in energy efficiency, speed of computation and efficiency of learning across edge applications including vision, voice and gesture recognition to search retrieval, robotics, and constrained optimisation problems. To this end, Intel and partners have demonstrated robotic arms, neuromorphic skins and olfactory sensing projects.

Advances in Loihi 2 allow the architecture to support new classes of neuro-inspired algorithms and applications and provide processing that is 10 times faster than its predecessor. It also exhibits up to 15 times greater resource density (up to one million neurons per chip), and improved energy efficiency.

Fabricated with a pre-production version of the Intel 4 process, the use of extreme ultraviolet (EUV) lithography has simplified the layout design rules compared to past process technologies for rapid development of Loihi 2, says Intel.

The Lava software is an open, modular, and extensible framework, for researchers and application developers to build on each other’s progress and converge on a common set of tools, methods, and libraries. Lava runs seamlessly on heterogeneous architectures across conventional and neuromorphic processors, and is interoperable with a variety of AI, neuromorphic and robotics frameworks.

Developers can begin building neuromorphic applications without access to specialized neuromorphic hardware and can contribute to the Lava code base, including porting it to run on other platforms.

Loihi 2’s greater programmability will allow a wider class of difficult optimisation problems to be supported, including real-time optimisation, planning, and decision-making from edge to data centre systems.