Flexible lithium polymer battery bends to the will of wearable design 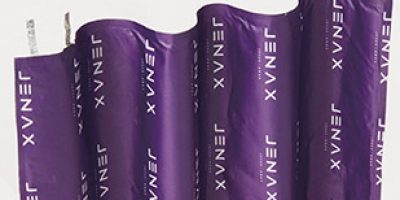 At this year’s Wearable Europe, a South Korean company exhibited a flexible battery that can be customised, opening up a world of possibilities, writes Caroline Hayes

The conundrum of flexible materials for use in wearable design has been covered here many times, from flexible circuits to paper thin batteries to make bendable, malleable end products. At Wearable Europe earlier this month, a South Korean company, Jenax, caused a lot of interest with a flexible battery – not just thin and bendable, but able to be rolled and shaped. The J.Flex can withstand 100,000 bends from flat to a radius of 20mm.

The battery can be customised to any size and shape for innovative wearable product design. “The J.Flex frees designers from the constraints of traditional batteries by using power more efficiently and completely integrating with the device no matter its size or which way it bends,” said Jenax CEO, Lee-Hyun Shin.

The J.Flex (Figure 1) uses gel polymer electrolyte which makes battery much safer, says Jenex, and generates energy through the rapid movement of lithium ions. There is no overheating and low internal resistance and the battery has been shown to be stable and resist ‘bending fatigue’. It has passed international standard safety tests including electrical, environmental and mechanical abuse tests.

The flexibility of the J.Flex means that developers of wearable products need not be restricted by shapes and sizes, the battery can be customised to meet design parameters without compromising performance, says the company. Possibilities include smart glasses, as well as smart watches, fitness bands and medical devices, fashion items, accessories and footwear, as well as military uses, such as GPS tracker, military helmets and robotics.

J.Flex can bend and fold to increase design options for wearable devices –

The battery is also rugged for use in harsh or challenging environments. It has passed short circuit, overcharge, over discharge and over current tests, reports Jenax, together with high temperature storage tests (70± two degree C for seven hours) and low pressure storage and heating tests, demonstrating the ability to increase five ± two degree C for 10 minutes. The battery also withstood a weight of 9.1kg being dropped on from a height of 612mm (± 25mm) and the drop cells withstood being dropped onto hardwood from a height of one metre, three times. It also passed the nail penetration test, where a fully charged battery is penetrated up to 3.0mm diameter nail at a rate of 80mm per second.

The flexible battery is scalable can be formed into any shape, says Janex. It is also for use in the IoT, where nodes are expected to be small and discrete, and in sensors and other printed electronics.

Jenax also produces a range of other conductive materials that can be used in industrial applications, textiles, and specialised wires.