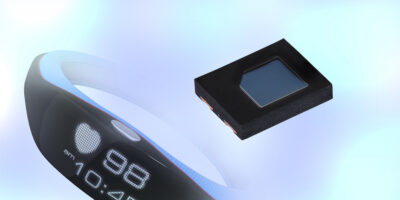 Advances in healthcare and wearable technology have led to wristbands that can monitor and detect brain activity to forewarn of a seizure. By Caroline Hayes

The World Health Organisation estimates that 50 million people around the world suffer from epilepsy. Centuries ago, epileptics were treated with suspicion and mistrust, now we understand the condition and can treat it and control seizures, but there are still many epilepsy-related deaths in low- and middle-income countries.  The condition varies from person to person, in terms of number and intensity of seizures experienced in a 12 month period. Characteristics of seizures also vary, depending on where in the brain the disturbance first occurs and how far it spread.

Researchers at Empatica explored the use of automated, wearable systems to detect and characterise convulsive epileptic seizures. They recorded electrodermal activity and accelerometer signals – which often exhibit changes at the onset of convulsive seizures – using a wristband to monitor changes. The research projection was initiated in response to a quest for convenient data gathering to identify patterns. Conventionally, data is gathered via video electroencephalography (EEG), where a patient wears an EEG transmitter and clinicians monitor their brain activity, comparing it with closed circuit television images to identify correlations and changes over a 24-hour period. This monitoring is confined to hospital or specialised units and contributes to research into SUDEP (sudden unexpected death in epilepsy) which is the most common cause of death in epilepsy, and it often occurs at night.

The research project’s wristband detectors detected 95 per cent of seizures and kept the false alarm rate to one every four days. The method also garnered data which revealed characteristics of seizures to help alert clinicians and patients to seizures that are potentially life-threatening. Accurate seizure counts with real-time alerts to caregivers allows help to be administered early and can protect against SUDEP, without the epileptic having to be accompanied 24/7.

Researchers in the Netherlands also focused on night time seizures. The Nightwatch was developed by a consortium of the Kempenhaeghe epilepsy centre, Eindhoven University of Technology, the Foundation for Epilepsy Institutions in the Netherlands (SEIN), UMC Utrecht, the Epilepsy Fund, patient representatives and LivAssured, the company which markets the device.

The bracelet (Figure 2) is worn throughout the night and measures the wearer’s heart rate and motion when asleep. Characteristics of severe attacks are an abnormally fast heartbeat, and rhythmic jolting movements. When the system identifies behaviour or activity that may lead to a severe epileptic seizure, the bracelet send a wireless signal to the basestation by a caregiver in another room.

The research team tested the bracelet on 28 intellectually handicapped epilepsy patients over an average of 65 nights per patient. The bracelet was restricted to sounding an alarm in the event of a severe seizure. The patients were also filmed to check if there were any false alarms or attacks that were missed. It detected 85 per cent of all serious attacks and 96 per cent of tonic-clonic seizures, the most severe attacks.

At last year’s electronica, Vishay Intertechnology demonstrated how its optoelectronic components can be added to consumer devices to add a heart rate monitoring function. It demonstrated a prototype of a fitness watch with heart rate monitor, using a software algorithm developed by Elfi-Tech, a company which develops non-invasive medical devices.

The two companies can provide a complete reference design for heart rate monitoring, including digital and analogue front end components, for companies that do not have their own, proprietary software and hardware.

Optoelectronics used in the watch (Figure 3) are Vishay’s VEMD5080X01 PIN photodiode to eliminate optical crosstalk. The surface mount device is sensitive to visible and infra red (IR) light from 350 to 1100nm and is supplied in a tiny package measuring 7.5 x 7.5 x 0.9mm.  There is also the VLMTG1400 LED, which has a peak wavelength in the green spectrum at 525nm and typical intensity of 1400 mcandela. It is packaged in a 0603 surface-mount format and is 0.55mm high.

Elfi-Tech supplied software and non-optical hardware, including an Arm Cortex-M3 microcontroller, a Texas Instruments analogue front-end for heart rate monitoring, Bluetooth Low Energy connectivity, and a MEMS-based accelerometer. The output is transmitted to an Android application.