Editors Blog – Listen to what your clothes are telling you 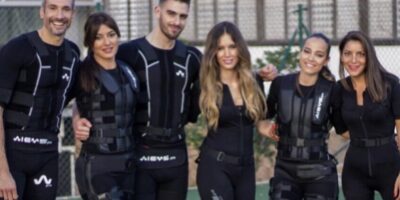 Some clothes attract compliments but imagine clothing that can detect and repair muscle damage or improve circulation or even fight the ageing process? Caroline Hayes opens the changing room curtain during a BodStim suit fitting.

The BodStim electrostimulation suit is being developed by BioLeonhardt Whole Body. The company is a start-up within Leonhardt Ventures.

The teams in California and Utah, USA are aiming to develop garments which monitor the condition of the body and which sends bioelectric signals to control stem cell homing, muscle repair and recover from both minor and major injuries.

Intrigued by the ability of some devices to monitor glucose levels, for example, or map brain signals, the project started with the premise – what if this could be a two-way street – “a wearable that reads the body’s bioelectric signals and then responds with person-specific preventative and healing therapy”?

The teams have produced two versions of electrostimulation suits, the Revolution Pro, the Ultra Light with a third option of the Slim Lithe electrostimulation trousers. The Revolution Pro is an electrosimulation vest and trousers, fitted with electrodes. The two parts are joined at the waist. The Ultra Light is a one-piece and similar to a cycling suit, while the Slim Lithe trousers allow the wearer to carry out specific training or treatment on the core and legs. 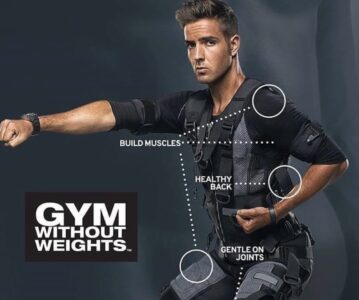 Electrodes are embedded into the fabric of the BodStim. Picture credit: Leonhardt Ventures

All three are based on patented regenerative bioelectric protein expression technology. The bodysuit’s bioelectric signals increase the circulation of Klotho, an anti-aging / muscle regeneration protein, claim the researchers.

The prototype electrosimulation suits can cause the wearer’s body to release natural tropoelastin, the protein which increases tissue elasticity to promote wound healing as well as increase elasticity in skin, arteries, aorta and the heart.

Looking further ahead, the researchers are investigating the feasibility of integrating additional bioelectric signals to improve gut microbiota function, increase serotonin production to improve mood and reduce the risk of dementia, memory loss, depression and addiction. Other areas could be signals to improve damaged nerve connections or tissue elasticity.

The project is investigating proteins that could be stimulated and released such as IGF-1 for DNA repair and anti-aging, VEGF, for new blood vessel growth, follistatin for muscle and tissue regeneration, RANKL, for demineralisation, hepatocyte for tissue regeneration and eNOS for dilating blood vessels and increasing blood flow.

The anti-bacterial fabric is claimed to maintain optimal resistance and offer control and comfort while delivering and responding to a body’s bioelectric signals.

A total of 10 pairs of interchangeable electrodes are strategically located in each suit and connected by wires wrapped in thin protective cables and integrated into the fabric. This keeps them in place while avoiding direct contact with the skin. There is also a small bioelectric simulator which plugs into a fitted pocket so that it is held in place during movement.

Electrodes are place over and under the kidneys and over skeletal muscles. As they are integrated into the garment’s fabric there is no need for gels to ensure electrode placement. Once the electrosimulation suit has been donned, the small, pre-programmed bioelectric stimulator is plugged into the fitted connector pocket.

Sequences can be created according to need, for example to focus on the reduction of acute, systemic and chronic inflammation or to concentrate on pain relief, as required. 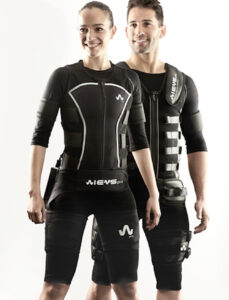 The BodStim electrostimulation suits are one or two-pieces or trousers only.

Other electrical stimulation protocols send impulses to the deepest layers of muscles for natural muscle contraction.

The power of proteins

This is exciting because new data indicates increasing klotho levels may significantly improve, and even reverse aging-related declines in health, claims Leonhardt Ventures. Benefits include a reduction in the risk of chronic inflammation, calcification of arteries, heart valves and brain blood vessels, a reduction in the risk of cancer and in the risk of depression, addiction, Alzheimer’s disease and other dementias. An increased in levels of klotho has been linked with improved muscle regeneration and recovery from kidney failure and stroke.

The BodStim team is working with Second Brain on research related to stomach abdominal stimulation to improve gut microbiota for the immune system. It is also working with other start-ups within Leonhardt Ventures, MemoryStim, DepressiStim and AddictiSim to investigate how the electrostimulation suits can be used to stimulate serotonin production for mood and, potentially reducing the risk of dementia, memory-loss, depression and addictions.

The BodStim bioelectric primary choice stimulator is made in Anaheim, California. Model 240 is FDA 510K-cleared and CE Marked for improving blood circulation, pain relief, muscle recovery and muscle motion improvement as well as treating muscle spasms. It is also indicated for treating joint aches and stiffness, arthritis, and for preventing deep vein thrombosis in calf muscles.

With the prospect of diagnosis and treatment in a single garment choice, the idea of channelling the body’s own chemistry to repair itself becomes less science fiction and one step closer to reality.