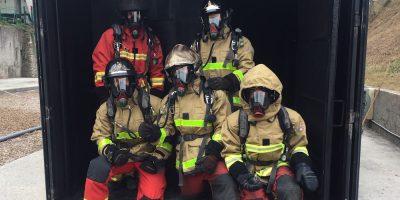 When firefighters can’t feel the heat, they risk severe burn injuries. Imec research and partners have developed hardware and software for a sensor network in protective clothing, writes Caroline Hayes

Figure 1: The I-CART project with CMST, tested its clothing with sensors with the help of the Paris fire brigade (picture: imec)

As 2020 draws to a close, there is time for reflection on just how many extraordinary events have taken place this year. Before the enormity of the Covid-19 global pandemic was realised, Australia was plagued by fierce bush fires. Fire made headlines later in the year with wildfires along North America’s Pacific coast. Fire teams battled to control as the spread of fire enveloped landmarks and claimed lives. This month, the California Department of Forestry and Fire Protection reported there had been over 8,600 fires in 2020, which have burned more than four per cent of land in the state, making 2020 the largest wildfire season in the modern history of the state.

Fire fighting equipment has become increasingly sophisticated and firefighters’ uniforms have used flame retardant materials and protective headgear. Ironically, this very protection can make it difficult to assess a situation.

“Heat-resistant clothing often makes it difficult for them to assess when they are at risk of being burned, resulting in second- and third-degree burns,” said Frederick Bossuyt from the Center for Microsystems Technology (CMST), an imec research group at Ghent University. He is also research leader at imec’s icon research project, I-CART, which was established to reduce the number of burn injuries sustained by firefighters. Using electronic circuit design and manufacturing, temperature sensors and integrating them into textiles, audio haptic feedback technology and temperature estimation modelling, the project aims to develop a sensor system that can be integrated into protective clothing to alert them to high temperature environments and signal when they must retreat from them. 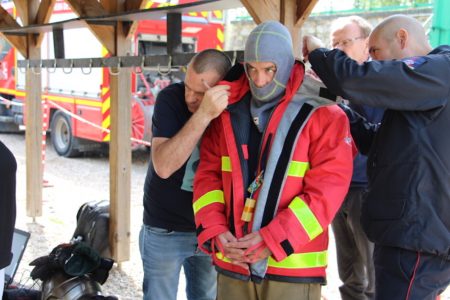 Figure 2: The sensors needed to be protected from high temperatures, sweat and vibration (picture: imec).

An integrated detection system to measure temperatures could help prevent second and third degree burns. Connect Group designed an electronic system and software for the electronics components which were integrated into the clothing.

Special attention was paid to components which must be of a high reliability level, reports I-CART. Components include temperature sensors, low power microprocessors and a full on-board-logging system integrated into the system.

The design team also had to consider the impact of human sweat on the integrated circuitry and components. They were coated for protection and batteries were mounted in special high temperature resistant material. Conditions that the clothing would face would include high temperatures, mechanical shock and vibrations yet would need to remain operational. It was also important that the power consumption of the system was low.

The software is designed to detect the first level temperature and drive the integrated audio haptic feedback system.

The team developed a thin sensor system to integrate into the clothing. These communicate to the central circuit board via a specially developed ribbon including conductive thread which is integrated into the protective uniform.

Another consideration was that the system has to be small and thin so it is comfortable and does not impede the wearer’s movements.

Earlier research teams have focused on tracking a fire crew’s location and detecting gas leaks as well as temperature sensing, but this project measures and tracks temperatures to prevent severe burn injuries.

Vera De Glas, project lead of the I-CART project, commented: “This made it easier to test and fine-tune our prototypes in the field, an absolute requirement to develop this as a commercially available solution.”

De Glas continued: “Not all electronics can function in such harsh circumstances with high temperatures. From a technological point of view, this was definitely one of the biggest challenges. To put our solution to the test, we placed it on a thermo-man during a flashover test (eight seconds in 1200 degrees C). The test indicated that the technology does not pose an extra risk to the firefighter.”

“We are currently investigating the road towards commercialisation, but what is holding us back at the moment is the lack of official regulations regarding protective clothing with integrated electronics. The European Commission has recently issued a mandate (M/553) to develop standards for technology enabled garments that provide protection against heat and flame, but this is a time-consuming process and takes several years. In the meantime, we will further fine-tune the prototypes – e.g. improving the algorithms and ensuring all electronics become washable,” says Vera De Glas.

Some of the lessons learned in this project could also be applied to other types of clothing or medical applications, added Bossuyt.