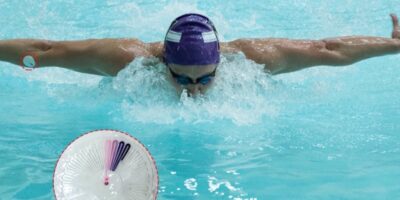 Skin patches can take the guess work out of a medical diagnosis. Caroline Hayes doesn’t even break into a sweat for this month’s blog

A sweat patch changes colour based on the composition of the wearer’s sweat. Picture credit: Jungil Choi, Northwestern University.

One of the most progressive developments has been sweat-proof “smart skin” developed by Jeehwan Kim, associate professor of mechanical engineering at MIT (Massachusetts Institute of Technology) and a team of researchers across Mechanical Engineering and Materials Science, Materials Science and Engineering and the Research Laboratory of Electronics and supported by cosmetics company, Amorepacific and institutions across South Korea.

The patch has artificial sweat ducts and sensors etched into extremely thin layers of material, for a flexible patch than can adhere to human skin, even when the wearer is perspiring.

The research team says that the pores are in a pattern, designed to allow perspiration to escape through the patch, and to stretch with the patch as the wearer flexes and moves the body part.

The construction means that the patch can be worn for long periods of times for continuous, long term monitoring. This type of patch can be used to track daily vital signs and potentially to track progressive conditions, like skin cancer.

The patch uses a remote epitaxy technique, rather than sticky, polymer-based materials which are not breatheable or woven nanofibers which do not allow the skin to breathe. The epitaxy technique uses extremely thin semiconductor films on wafers at high temperature and selectively peeling away the film, which can be combined and stacked to form sensors that are thin and flexible and which do not allow sweat to interfere with sensor performance. Artificial pores were created in the flexible patch to permeate sweat. After trial and error, the pores were spaced closer that ‘real’ pores on the surface of the skin, but with thin channels between them which allowed the patch to flex and stretch.  The idea for the pattern was the Japanese art of kirigami, or paper cutting and folding to create 3D shapes. 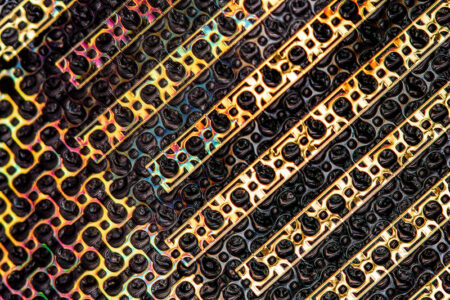 The patch consists of a thin semiconductor patterned array of sensors, measuring temperature, hydration, and UV, sandwiched between two protective films which overlays a polymer adhesive.

Perspiration also played a part in the work of researchers at Northwestern University but this time, as an aid to indicating health. This team took the opposite view of MIT and wanted to collect – not repel – the stuff. Based on the premise that sweat is an efficient carrier of health data with electrolyte and biometric data which can be collected quickly and easily, the researchers developed a patch that absorbs sweat to take samples from the wearer and relay the information back in seconds, via an app on a smartphone. 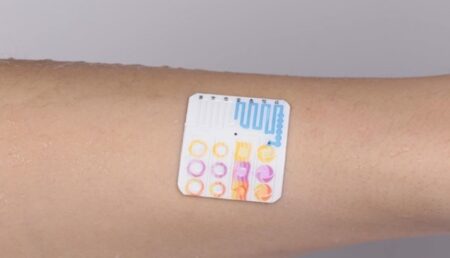 The team used thin pieces of silicone for the basis of the adhesive patch. Wearers exercised enough to perspire. Sweat entered an inlet at the base of the patch and collected in small channels and reservoirs. The patch is also impregnated with food colours and chemical reactants which react with the sweat to provide visual clues as to the levels of glucose, lactate, electrolyte, PH balance and hydration levels.

An app developed for use with the patch, allow users to delve deeper into the analysis of their perspiration using an algorithm which analyses the coloured results for more precise data.

As well as the ease and convenience of use, the patch can also be used by athletes as well as in hospitals for non-invasive measurements on young children and babies, the elderly and those afraid of needles. Another use is to track hydration levels of the elderly, as a prompt to drink more water, especially in hot weather when they often forget and become dehyrdrated. Outpatients and patients at home between regular hospital visits for treatment could also find the patch useful to monitor and track vital signs.