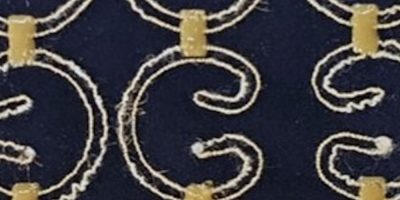 Solders are the most conductive electrical connection but adhesion to wearable and conformable materials can be problematic. They can be rigid and require both an underfill adhesive and a post bond encapsulation.

The ZTACH ACE allows for simultaneous z-axis connections of all the devices on a board, sheet or fabric, across large formats. It requires no patterning, no bonding pressure, and can be cured at low temperatures, said SunRay Scientific. It can adhere to a wide range of substrates, including PET, TPU, various textiles and PCBs. The material acts as its own underfill, providing superior adhesion and shear strength, eliminating the need for a secondary underfill or post-bond encapsulation, explains SunRay. In addition, ZTACH ACE can achieve fine pitch down to 100 microns. Less than 50 microns pitch is currently in development.

ZTACH ACE works by the magnetic alignment of ferromagnetic-conductive particles using SunRay’s patented ZMAG magnetic pallet. Particles are place in the pallet and immediately align into z-axis “wires” magnetically held in place while the resin is hardened by the curing process. This electrically connects the device to the circuit. Additionally, the very low particle filler percentage means that the resin creates higher bond strength for the device compared with traditional attachment methods. According to SunRay, ZTACH ACE is basically an underfill with conductive z-axis columns throughout, which creates electrical conductivity at the pad locations and thermal dissipation between. All this is done while maintaining electrical insulation in the x-y plane, said the company.

The company said it has demonstrated the ACE through thousands of components interconnected on hundreds of sheets on high volume surface mount and reflow lines.

Another benefits is that unlike most solder connections on a flexible substrate which traditionally require an encapsulant for protection and to maintain adhesion of the less flexible interconnection joints, ZTACH ACE does not need an encapsulant, making the end product less bulky. In LEDs in particular, the absence of an encapsulant benefits clarity as there is no need for an additional optically clear covering. Nor is the performance over time impacted by the aging characteristics of an encapsulating material. This is particularly useful for UV LEDs in medical applications, added SunRay.