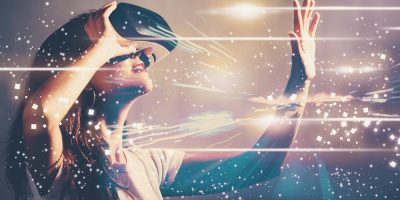 The VisiSonics RealSpace 3D Embedded for Headphones technology incorporates a suite of algorithms that give the listener a feeling of being present in a three-dimensional acoustic scene. This patented and proprietary technology allows one to precisely place auditory objects in virtual auditory space including both ambisonics and object based input, as envisaged in the Dolby Atmos and MPEG-H standards, says Ceva. It also enables personalised head-related transfer functions and interfaces with Ceva’s MotionEngine head tracking to give solid images of the auditory scene. Ceva says its audio and sensor hub DSPs, such as the CEVA-X2, CEVA-BX1, CEVA-BX2 and SensPro family, enable the suite of algorithms to run seamlessly in an extremely low power footprint.

The scalable audio and sensor hub DSPs are optimised for sound processing applications from always-on voice control to multiple sensors fusion. They have been specifically designed to tackle multi-microphone speech processing, audio playback and post-processing as well as on-device sound neural network implementations. A third party ecosystem of audio/voice software, hardware and development tools is also available for Ceva DSPs.

VisiSonics’ technologies for the rendering, capture and personalisation of 3D sound are licensed and incorporated by companies worldwide.